The project was launched in 2017 by Lucas Guttentag working with teams of students at Yale and Stanford Law Schools to develop and maintain a complete record of Trump administration immigration actions. The purpose is to facilitate a deeper understanding of the scope and impact of Trump-era policies and to help develop a roadmap for reform. We welcome feedback to supplement, update, or refine entries.

Each policy or action is entered separately. Entries are reviewed by consulting immigration experts and published on the IPTP website. The goal is to provide a complete compendium of Trump administration policies and their implementation -- through rules, directives, guidance, memos and other means.

Each entry shows the current status of each policy, including whether enjoined by the courts or changed or revoked by the Biden administration.

Policies related to the issuance and adjudication of non-immigrant visas, including changes to application requirements, information requests, and visa issuance standards.

Policies related to the issuance and adjudication of immigrant visas, including changes to application requirements, information requests, and visa issuance standards.

Policies related to citizenship and naturalization.

Policies related to worksite verification and labor enforcement. Employment-based immigration is catalogued under the Immigrant or Non-Immigrant Visas categories.

Policies adopted or implemented by the Department of Justice, including adjudications by the Executive Office for Immigration Review, immigration court procedures and management directives, and Attorney General certifications of BIA decisions.

The Department of Homeland Security is composed on numerous agencies. The principal immigration agencies are U.S. Citizenship and Immigration Services (USCIS), Customs and Border Protection (CBP), and Immigration and Customs Enforcement (ICE). Other significant agencies include FEMA, TSA, and the Office of Civil Rights and Civil Liberties (CRCL)

The Department of Labor handles labor certifications and policies relating to the recruitment and hiring of foreign workers.

The Department of State has two major components related to consular processing of noncitizens abroad and refugee policy: the Bureau of Consular Affairs (CA) and the Bureau of Population, Refugees, and Migration (PRM).

This category refers to other agencies and public entities implementing or affecting immigration policy: the Department of Defense (DOD); Social Security Administration (SSA); and state and local entities (S&L).

The entry is based on a news report or similar other source but not formally confirmed or announced by the agency itself.

The policy has been proposed by the administration but not yet formally adopted or in effect.

The policy is included in the OIRA regulatory agenda as anticipated policy under active consideration for promulgation, proposal, or review during the ensuing 6- to 12-months.

The policy is currently subject to legal challenge or was previously the subject of litigation. Further details or updates appear under Subsequent Action.

The policy is enjoined, in whole or in part, as a result of litigation. The injunction may be preliminary or final and may be on appeal. Further details or updates appear under Subsequent Action.

The policy or rule has been renewed without change.

The policy is no longer in effect due to expiration.

Decision by an agency adjudicatory body.

Practices that appear to reflect a change in policy.

Information that appears in governmental data or in agency reports.

Forms and instructions that impose requirements on users.

Who is responsible for The Immigration Policy Tracking Project (IPTP)?

The IPTP is a project of Professor Lucas Guttentag (currently on leave) undertaken with teams of law students at Yale and Stanford Law Schools and leading immigration experts. 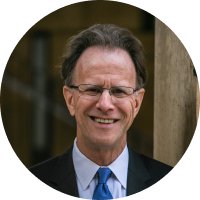 Lucas Guttentag is Professor of the Practice of Law at Stanford Law School, and Martin R. Flug Lecturer in Law and Senior Research Scholar at Yale Law School. He is currently on leave from IPTP and teaching to serve in the Justice Department. Guttentag is one of the nation's leading experts on immigration law, migration policy, and the rights of noncitizens with experience in advocacy, academia, and government. He founded the American Civil Liberties Union Immigrants’ Rights Project in 1985 and served as founding director for twenty-five years until 2010. From 2014 to 2016, Guttentag served in the Obama administration as a senior immigration policy advisor in the Department of Homeland Security as senior counselor to the director of U.S. Citizenship and Immigration Services and as senior counselor to the Secretary of Homeland Security.

Under his leadership, the ACLU Immigrants' Rights Project (IRP) became the nation's leading litigation program to enforce and advance legal protections for noncitizens. Guttentag litigated major cases on behalf of immigrants and refugees throughout the United States from offices in New York and San Francisco, including successful arguments in the United States Supreme Court. His work and advocacy have been widely recognized by national and community-based groups. He was named a Human Rights Hero by the ABA Human Rights Journal, appellate lawyer of the year by California Lawyer magazine, among the leading 500 lawyers in America by Lawdragon, received the top litigation award from the American Immigration Lawyers Association four times, and has been recognized for his contributions to the field of immigrant justice by the National Immigration Forum, the National Lawyers Guild National Immigration Project, the Central American Refugee Center, the Immigrant Legal Resources Center, and others. He is a member of the American Law Institute, a fellow of the American Bar Foundation, and the recipient of an honorary degree from CUNY Law School. He is a graduate of the University of California at Berkeley and Harvard Law School.

This project is made possible by the work of many key contributors, including numerous Stanford and Yale law students, consulting immigration experts, and our generous funders.